Soka Gakkai International – USA (“SGI-USA”) is a religious organization that practices Nichiren Buddhism. SGI-USA is recognized as a church under the Internal Revenue Code for tax purposes. SGI-USA exists to:

SGI-USA is a member of the constituency of organizations that make up the Soka Gakkai International (“SGI”), which embraces the fundamental aim and mission of contributing to peace, culture and education based on the philosophy and ideals of Nichiren Buddhism.

SGI-USA is organized with a representative form of decision-making. While the General Director is considered the chief executive of the organization, dialogue and consensus-building are the bases of our decision-making process.

The national organization is made up of three geographically defined territories: West, Central, and East territories. 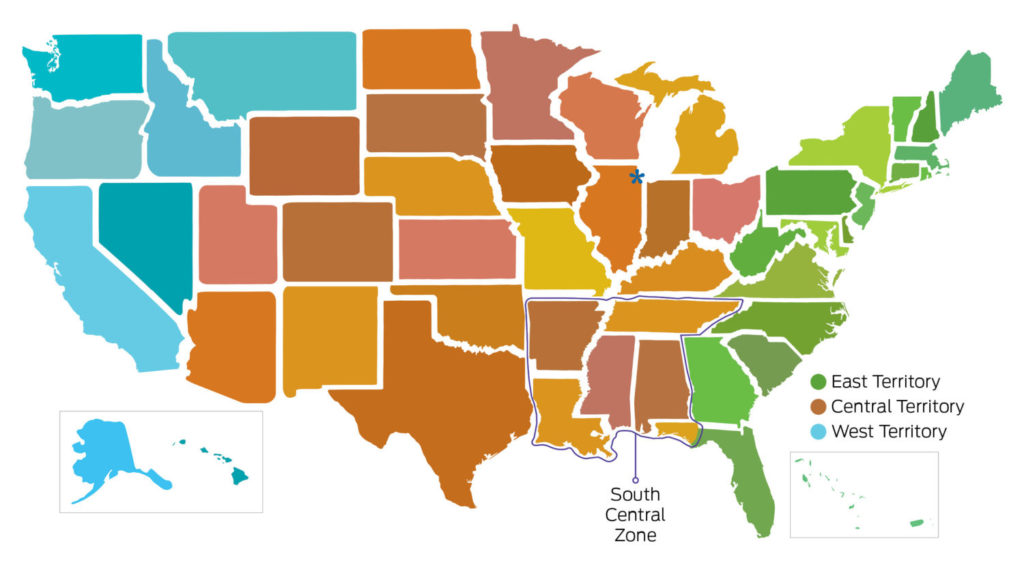 Each Territory is divided into Zones, Regions, Chapters and Districts. The District is considered the front-line level of SGI-USA and is the measure of SGI-USA’s health and the focus of our organizational growth. Districts may be further subdivided into Groups and Units, but the District remains the focal point for members’ growth and development.

This charter can only be modified or amended by the Executive Council, and such amendments shall take effect upon their official announcement by the General Director.

SGI-USA has an Executive Council, which is its highest decision-making body.

The Executive Council shall consist of 14 to 18 members.

The members of the Executive Council shall be selected as follows:

The Executive Council shall:

Three-fourths of the members of the Executive Council must be present to hold a meeting, including at least one SGI representative.

For the purposes of ascertaining a quorum, “present” includes participation in-person or by live video or audio conference.

Since dialogue is crucial for consensus-building, any Executive Council member who is not present may not vote by proxy or by specific written authorization to another member.

SGI-USA has a Council, whose purpose is to offer insight and advice to the General Director and Executive Council on the overall direction of SGI-USA.

SGI-USA has a Central Executive Committee, which is a decision-making body whose purpose is to execute the important duties of the organization.

The Central Executive Committee shall consist of the following:

The Central Executive Committee shall discuss and decide the following items:

The General Director shall serve as the Chairperson of the Central Executive Committee.

Two-thirds of the members of the Central Executive Committee must be present to duly hold a meeting.

For the purposes of ascertaining a quorum, “present” includes participation in-person or by live video or audio conference.

Since dialogue is crucial for consensus-building, a Central Executive Committee member who is not present may not vote by proxy or by specific written authorization to another member.

Matters before the Committee shall be decided by a majority vote of the members present.

Upon approval by the Central Executive Committee, SGI-USA may have one or more Departments to encourage members of a common group or specific interest. Examples include, but are not limited to, the Culture Department, Arts Department, Study Department, Peace and Community Relations Department, Lecturers Department, and the National Language Bureau.

The General Director shall be approved and appointed by the Executive Council for a three-year term.

SGI-USA may award the title of General Director Emeritus or Emerita upon approval by the Executive Council. The title is honorific and carries no independent decision-making rights or responsibilities.

The Executive Advisor(s) gives general advice about the affairs of this organization for the sake of its development.

To accomplish the duties described above, the Executive Advisor(s) can attend any meetings or conferences.

The Advisor(s) shall assist in carrying out the duties of the Executive Advisor(s) and may attend meetings on his or her behalf.

Leaders at every level of the organization function to further the mission of SGI-USA in helping members deepen their faith in Nichiren Buddhism. Specific rules, conduct, and guidelines for leaders are found in the separate document entitled SGI-USA Leadership Manual.

Unless otherwise stated in these rules, the term of the leaders at all levels of the organization may be set by the Central Executive Committee.

Until a successor is appointed, approved or ratified, as required, the term of a position may be extended, even after expiration of the term.

Persons who have positions set forth in this document may be removed for cause, by following the procedure found in the SGI-USA Leadership Manual.

Members of SGI-USA are practitioners of Nichiren Buddhism and supporters of SGI-USA who have officially joined the organization. Complete details on becoming a member of SGI-USA are contained in the latest version of the SGI-USA Leadership Manual.

Each Member will receive an official certificate confirming his or her membership status at an SGI-USA Membership Ceremony, Gohonzon Conferral Ceremony or other event.

Nothing in this section confers a right, legal or otherwise, for anyone to be a member of SGI-USA.

SGI-USA may formally and publicly commend those who contribute to its development and set good examples for other members.

By becoming a member of SGI-USA, an individual agrees to sincerely practice Nichiren Buddhism; follow the guidance of the Soka Gakkai International; and observe the rules and regulations established by SGI-USA.

An individual who believes in Nichiren Buddhism and who wishes to join SGI-USA may become a member of SGI-USA by submitting a Gohonzon Application Form to the District Organization nearest to the residence of the prospective member [Applicants who are minors must submit the application with the signature of their parent or legal guardian].

Once the form has been reviewed and approved, the prospective member will be officially welcomed to the organization at a Membership Ceremony or other appropriate SGI-USA event, where he or she will receive a Gohonzon and membership certificate.

An individual whose membership has been voluntarily terminated may apply for reinstatement at any time under the same process as individuals joining SGI-USA for the first time.

CHAPTER 10: Involuntary Termination of Membership and Other Disciplinary Action

Involuntary Termination- a member may be involuntarily terminated from SGI-USA membership due to serious misconduct, as outlined in this section.

SGI-USA exists to enable all members to correctly learn and practice Nichiren Buddhism and apply it in their daily lives for spiritual growth and fulfillment.

Conduct which violates this pure intent may result in disciplinary action up to and including involuntary termination of membership. Specific examples of conduct subject to discipline include, but are not limited to:

The purpose of disciplinary proceedings is to encourage sincere self-reflection on the part of the member in question and to preserve the sincere faith of members and the harmonious unity of SGI-USA.

In the event disciplinary actions are considered or requested, the local Region Personnel Committee is responsible for addressing the misconduct, including:

The Region Personnel Committee may stop the investigation at any stage of the proceedings and immediately recommend disciplinary action if, in its judgment, the member in question is evasive, combative, uncooperative, or continuing to engage in inappropriate conduct.

Unless the Territory Personnel Committee determines that further investigation or consideration is warranted, the decision shall be final.

Notice of disciplinary action shall be communicated to the affected organizational leaders and members as appropriate.

No termination of membership, for any reason, shall confer the right to demand the return or refund of any property, real or personal, cash or in-kind, previously donated to SGI-USA.

Any member whose membership has been involuntarily terminated shall have his or her name removed from SGI-USA membership lists and is excluded from any and all activities of SGI-USA, wherever conducted. The person’s subscription to SGI-USA publications will also be canceled, and the person will be prohibited from making financial contributions to SGI-USA.

This charter was adopted by the SGI-USA Executive Council on October 24, 2009.