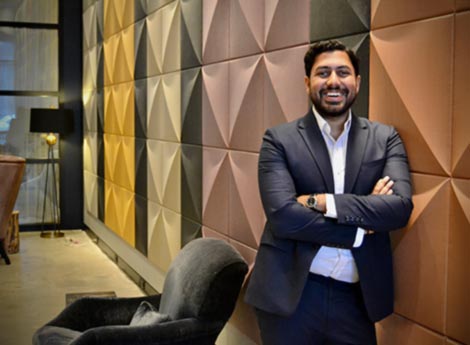 How May Contribution helped me to confront not only my addiction to alcohol but also a deeper habit—the tendency to seek validation outside myself.

When I was 9, my mother, driving alone, crashed her car. The doctor predicted she would never walk again. In the hospital bed, in and out of consciousness, she mumbled something we couldn’t understand: Nam-myoho-renge-kyo. Over several years, she began to walk, then run, then kickbox. She would wake up every morning at 4:30 to chant and then go encourage an SGI member before her work as a schoolteacher. Living for others gave her immense purpose and energy. 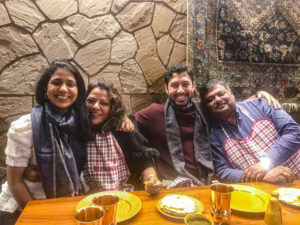 Sadly, by then, my mother had seen too many intelligent, healthy, good-humored members of our family—the men, in particular—fall prey to drinking, never to rise again. Generation after generation, the habit laid waste to the immense potential of so many. When I began to drink heavily in 2011, my first year away at college, her greatest fear was realized.

And, as I was accepted into one esteemed institution after another, into competitive internships and jobs, I found myself amid incredibly bright young people, all driven by success and willing to go to great lengths to get it. At times I was intensely unhappy, with peer relationships defined by competition and self-worth measured in titles. My peers and I all felt the pressure and quickly found that drinking made it easier to form meaningful connections. I had started practicing Buddhism due to my mother’s influence, but for the near-decade that followed, alcohol remained my go-to remedy for my anxiety.

Not until January 2020, while working toward my master’s in Boston, did I try to break my habit. I had just been appointed a chapter young men’s leader and felt I could not encourage the guys to fight for their dreams if I gave in to addiction every day. I limited drinking to the weekends and used my newfound time to visit the guys, seek from seniors in faith and study The New Human Revolution.

Even so, weekend binges took their toll. In January 2021, intense stomach pain woke me up in the middle of the night, the same symptoms that had sent me to the emergency room in the past. Crying, I went to the Gohonzon and said: “This is it. Now I win. I will root out this devilish function from my life forever.” I realized that if I just wanted to quit drinking for myself alone, I would not get very far. I had to overcome this problem so that I could inspire other youth struggling with similar problems.

As that year’s May Commemorative Contribution activity fast approached, I recalled how in the previous two years I had made significant contributions as a cause toward ambitious career goals, which I had accomplished. But this time, my heart was in a different place. I realized that, while career advances were important, the most meaningful advance would be an inner one. And with that, I determined to make my greatest contribution yet.

I began waking up at 5 a.m. to chant, while I worked two jobs, pursued my graduate studies and gave my all as a chapter young men’s leader with a fierce determination to report my victory to Ikeda Sensei.

As each weekend approached, I felt the pull of Boston’s expensive bars. But I kept my contribution goal firmly in mind. Every Friday night spent sober with my partner and every Saturday spent connecting with the SGI youth and family were chances to save money. Many SGI members supported me, unconditionally and free of judgment. Soon, I decided to stop drinking all together.

When the time came to contribute, however, I felt incredible anxiety. As I chanted, though, I quickly realized that my anxiety stemmed from precisely the karma I needed to overcome. The part of me that sought happiness in drinking was the same part that feared making this financial contribution—the part of me that did not believe in my inherent worth and sought it in alcohol, in shows of financial wealth, in esteemed titles.

My conviction rose—this contribution, which I had worked so hard to save for, was exactly the right amount to give. I finished chanting and, with a profound sense of joy, made my contribution. It represented my determination to break a generations-old family karma and build a rock-solid sense of self, based on meaningful connections with others.

A year has passed since then. When I look back, I can confidently say that the golden era of my life has just begun. I finished graduate school, got a job—my first steps toward my dream of launching an investment fund—and transformed my relationship with my partner. I am healthier than ever. Now, when I get anxious, I go straight to the Gohonzon. This May, I am determined to increase my contribution as a cause to build an even stronger self.

Recently, my mother asked me, “Well, what’s next?” I had just accepted a position at a large investment organization. I speak to her often, sharing my challenges. But she knows there’s nothing to worry about because I am a disciple of Ikeda Sensei with a mission and dreams that are far greater than any fear.