On the Stage of My Mission by Josh Joffee

In 2001, I became a first-grade teacher at a New York City public school. A senior teacher told me that I could expect a “honeymoon period,” where students are on their best behavior for the first week or so of class. Instead, I lost control of my classroom on the first day by lunch. 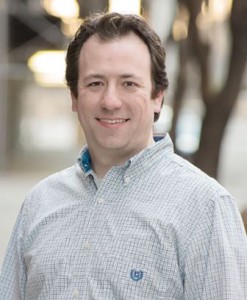 From there, things only got worse. I couldn’t get the kids to listen to me or even to stay seated in class. I became wrapped up in worries about what other teachers and parents thought. The first week was so painful that I wanted to quit. But I realized that if I quit without challenging my situation, I would leave with regrets. I decided that, despite my lim­ited experience, I would give it everything I had and teach until the end of the year.

I knew from my Buddhist practice that when my determination changes, everything else would begin to move in the direction I needed. I was encouraged that if I resolved to be victorious, that every nerve and fiber in my being would immediately orient itself toward my success, so I determined to win over my weaknesses.

I continued to struggle. Toward the end of the school year, the principal informed me that I would face a review from my peers and might not be asked to return. During my review, I shared enthusiasti­cally about all that I had learned. I said that I would absolutely teach again next year, regardless of where. Surprised by my fighting spirit, the princi­pal responded, “That’s what I wanted to hear,” and she gave me one more year to prove myself.

All my efforts the first year manifested in the sec­ond year, and I was able to improve dramatically, winning the trust of my colleagues. Toward the end of my fourth year at the school, I realized that my passion is teaching music to children and decided to pursue a career in music education.

In the Bronx, where I live, I found out about a new school opening up that would give me the oppor­tunity to help build something from scratch and contribute to my community. My previous col­leagues gave me glowing reviews and the principal of the new school decided to hire me, even though the school’s plans did not include a full-time music teacher. That was seven years ago.

Then, in 2012, I found myself falling into the trap of iner­tia, losing my spirit of challenge. As a result, my relation­ships with my colleagues weakened to the point where I no longer enjoyed coming to work. During my summer break, using my Buddhist practice, I realized that I had stopped striving to do my human revolution at work, and I determined to take full responsibility to make my school the warmest environment for the students.

When the school year started, I took the initiative and went door to door, saying to other teachers with all the enthusiasm I could muster: “Hello! How are you?” Immediately, my environment began to change.

I also determined to become the best music teacher, thinking, “What can I do for the school and the students?” I came up with the idea to compose and teach children’s songs that would help them learn their multiplication tables, which often takes months or even years for some children to memo­rize. Other teachers have even adopted my songs in their classrooms.

I truly enjoy working and am determined to contribute meaningfully to the field of education. I know this starts with fostering as many happy children as possible.